There were several design goals set forth for the Boardroom:

Pershing set forth to meet these design goals through a thoughtful and extensive research and design period.

All video sources and destinations within the room were upgraded to High Definition (HD) and a 3G/HD-SDI video production switcher was specified for in-room video routing and effects as well as broadcast and video conferencing events. The production switcher allows facilitators use of mixed HD/SD input sources, frame synchronizers, 2D and 3D wipe effects, digital video effects, still stores, picture in picture, and multiviewer.

Four additional 70-inch LED flat panel displays were specified along the perimeter of the room with HDBaseT input cards to support viewing of owner driven content and video. A 46-inch confidence monitor was specified within custom furniture at the head of the table to match the existing finishes in the room. Video sources available within the room include laptops/tablets/mobile devices, rackmount PCs, IPTV receivers, BluRay player and HD VTC codec.

Six HD pan/tilt/zoom video cameras with a camera control unit were provided to support the capture and distribution of video. The camera control unit and production switcher were specified to communicate with the conference microphone system to provide automatic camera tracking and switching based on the speaker’s queue.

A new digital wired conference microphone and Simultaneous Interpretation (SI) system was specified for the room. The conferencing microphone system features a touch panel LCD screen at each seat that allows for localized microphone control, video streaming and conferencing, and web browsing.

The control room and SI Booths dedicated to the room were re-designed to allow for better support for the staff and interpreters. Dedicated video and audio positions were designed with ergonomics in mind, with careful consideration of equipment layout, visibility, reach, and operational workflow. Larger confidence monitors were provided throughout to allow for real-time video preview from all locations. 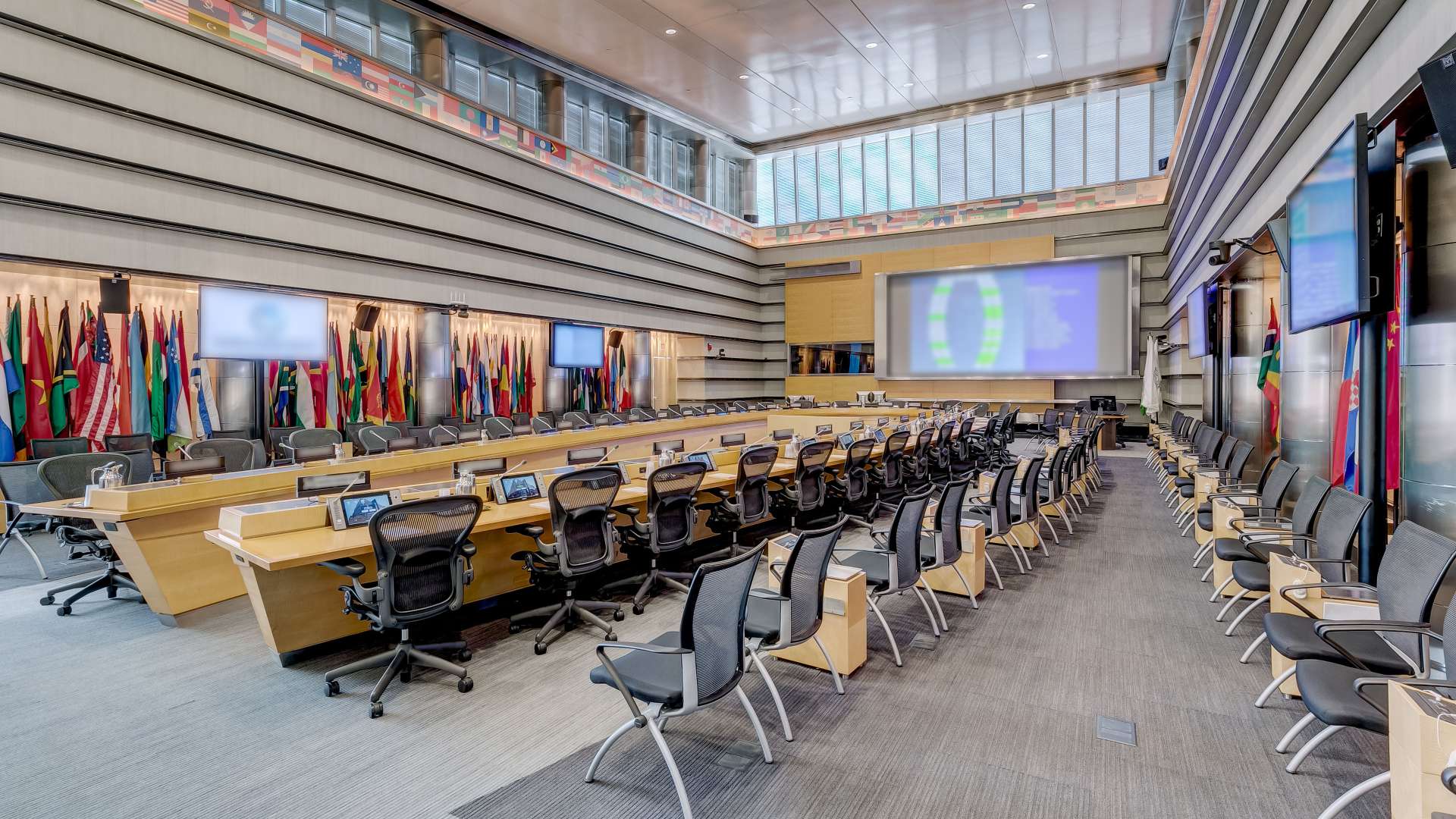 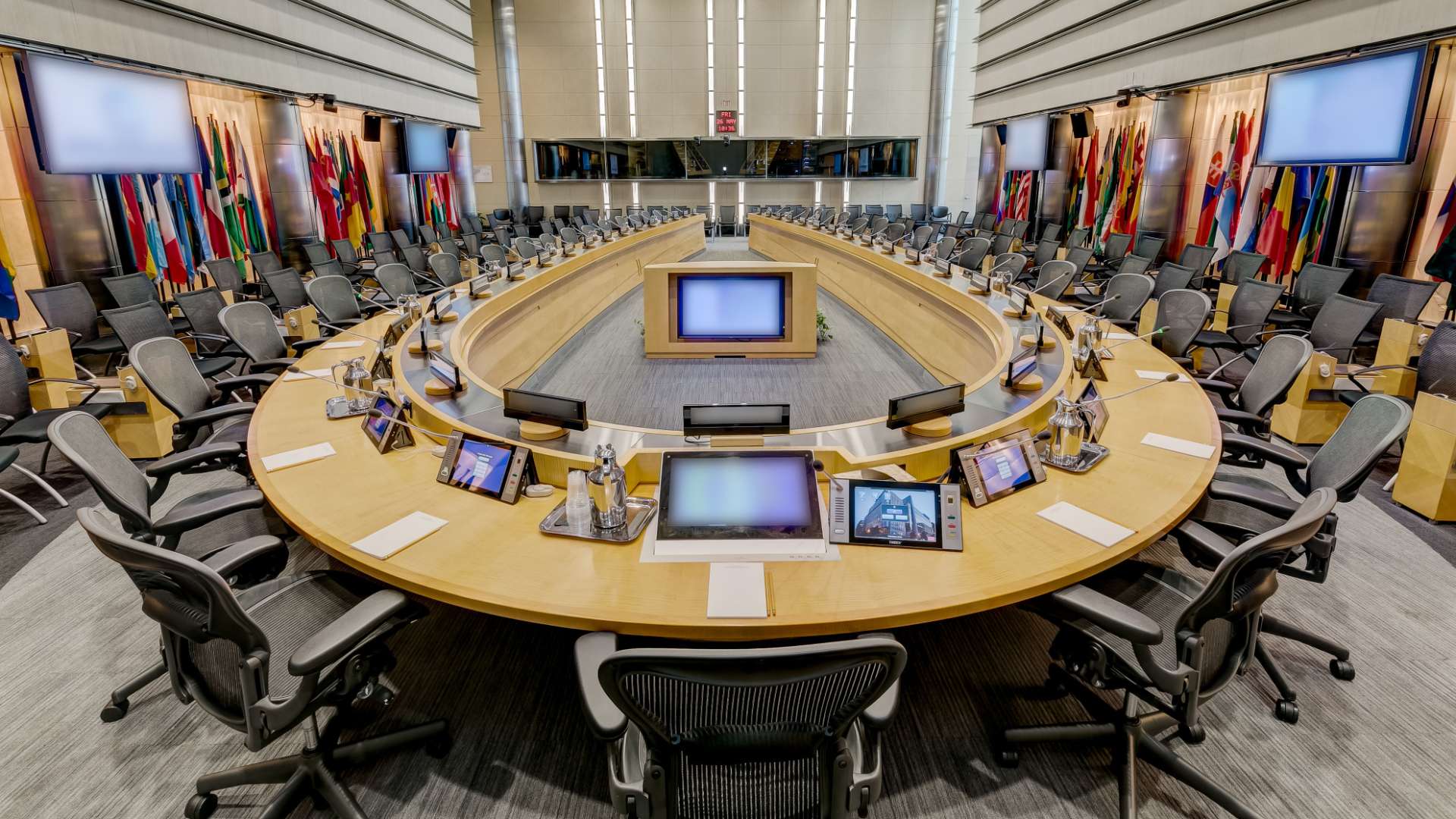 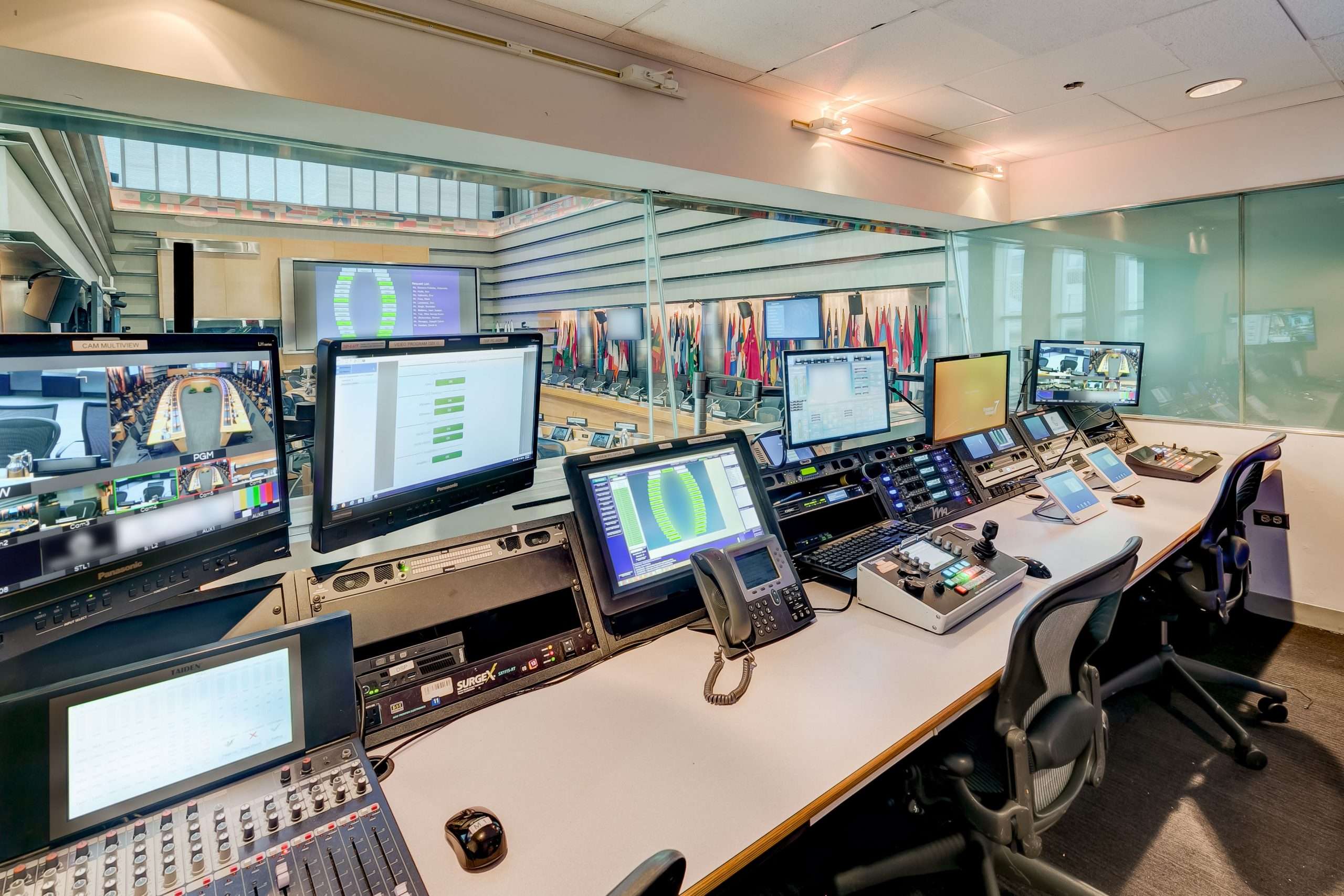 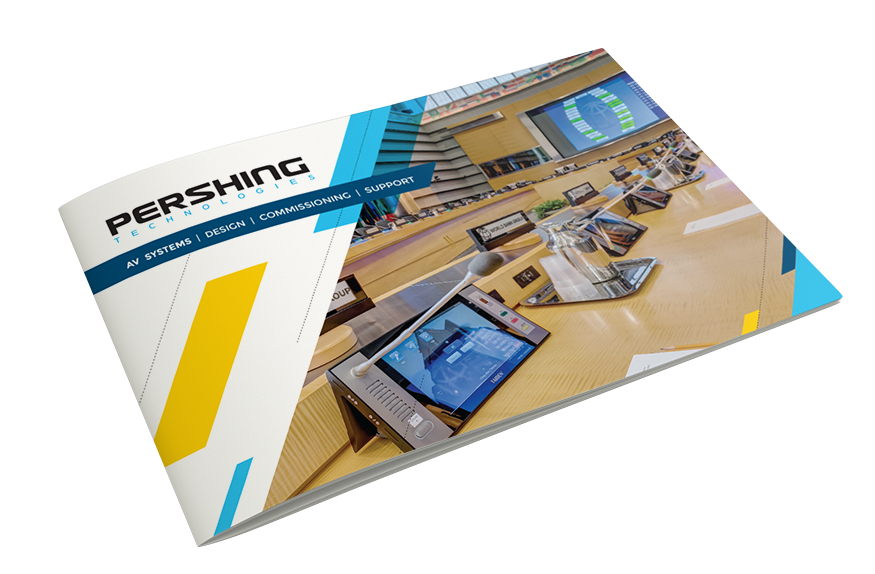 Learn About Our
Capabilities

Thank you for taking the time to learn more about Pershing Technologies. We hope you consider us for your future projects and welcome the opportunity to discuss our capabilities with you in person. We are confident we can exceed your expectations for any of your audiovisual needs. Contact us today to get started or download our capabilities booklet to learn more.